As mentioned in this meta post, I'm on a mission to collect data for mass air flow values at idle. With sufficient data, it should be possible to post an informed, objective response to the volumetric efficiency rule-of-thumb question.

It should take no longer than 15 minutes to obtain the readings, fill out the questionnaire and send it over. All results will be aggregated on Google Forms.

Here is the questionnaire (Google Forms)

Here is the chat room dedicated to this endeavour

Don't forget to hit Submit and thank you for your time!

All information provided will be made public at the end of this survey.

I think the same caveats exist that existed months ago.

I feel Intake air temperature is vital for this experiment. A so-called "MAF" really isn't. It's a guessmatic predicticator prognostitron (tm) of flow based on cooling of a hot wire, or hot film (better). This "voltage" or "frequency" rise may be non-linear, and further scaled by the ECU based on actual factory testing with all relevant plumbing in place.

I suggest you are making a number of assumptions about air temperature, humidity, density, as well as an assumed stoich at idle [maybe?] but I wonder if this is still true on GDI IC. I think there is a component of combustion that ultimately affects VE, albiet not directly. "Load" comes to mind.

Another issue is the associated plumbing before the MAF; it's a well-known caveat of installing aftermarket Cold Air Intake systems, which change the factory tested flow, and also change the response in the very narrow region of the hot wire or film, and can cause a vehicle to run lean and/or with high fuel trims.

For useful apples-apples comparisons, I think the only VE data that's useful is under signifigant load. Otherwise, who cares about VE at idle?

Besides the GDI issue, you might also want to restrict this to Normally Aspirated vehicles. VE goes out the window with any sort of supercharging. (In a good way, I admit.) There won't be any boost at idle, at least on turbosupercharged vehicles, including diesels.

There are simply too many variables, including ECU software implementations, calibrated intake plumbing, variable intake devices, and AFR strategies.

I don't want to discourage a noble effort, but I'm just not seeing the point. There's no way you can compare the VE of a Subaru turbo 2.5 EJ205 to a Honda VTEC 1.7 at Idle and have data that is useful. BOTH engines have characteristics (turbo, VTEC) that change VE based on rpm and/or load.

The only useful data would be an additional plot on a dyno chart showing MAF values vs. RPM, along with the intake air temp, density, humidty, and other appropos corrections.

Still, I'll run my 1996 and newer vehicles and see if they correlate to any real meaning. Most of my fleet is pre-OBD2, which is a shame because I'd love to know the VE baseline of my '72 BMW 2002tii M10 racing engine.

Here is a sample response for one of my cars

Based on this screenshot 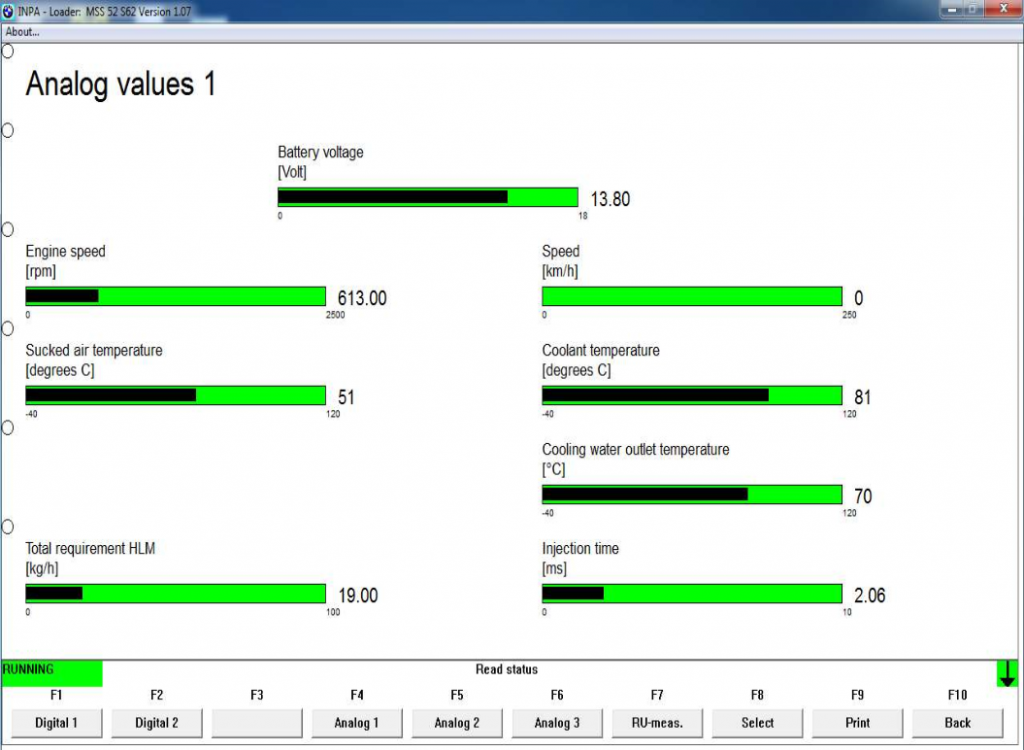 Not the answer you're looking for? Browse other questions tagged discussion .

Welcome!
This site is for discussion about Motor Vehicle Maintenance & Repair Stack Exchange. You must have an account there to participate.
Help
Visit chat

10
Community Promotion Ads - 2017
7
2017 Moderator Election Q&A - Questionnaire
8
I want to crowd-source data on MAF readings at idle. Should I make the request on the main site, meta or in chat?

2
Appropriate question: What diesel SUVs are available in NA?
5
Self-evaluation: how is the site working out?
8
Should we do anything with generic questions?
3
Precedence for New Tags Without Questions?
9
Should the Diesel tag and Fuel tag be Synonyms?
38
Helping our new users make the transition
2
I think I'm out of scope with this
8
What a warm welcome this user got :(
8
I want to crowd-source data on MAF readings at idle. Should I make the request on the main site, meta or in chat?